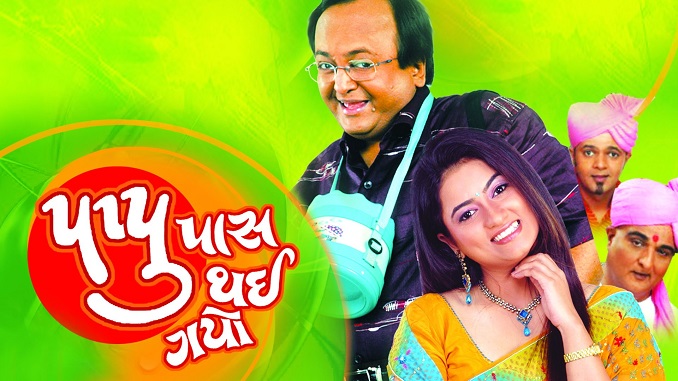 Pappu is a plump and lovable middle class man being constantly harassed by his mother-in-law who is dying to have a grandchild. The only solace in his life is his loving wife who supports him all the way. Pappu's friend Bakul, an aspiring actor doing ten-second long roles in popular TV serials is a regular visitor to the house and admired greatly by Pappu's wife.

To shut his mother-in-law's mouth for ever, Pappu decides to go for a fertility test. His confidence is dashed however, when his doctor tells him that he can never be a father. Mustering all his courage Pappu reaches home to break this news to his wife, only to find her brimming with joy as she has just discovered that she is going to be a mother! Pappu soon starts believing that the father of his wife's baby-to-be is none other than Bakul. However, seeing her so happy, Pappu is not able to say anything to her, not even reveal about his report. His wife soon realizes a change in Pappu's behaviour, who is no longer a loving husband that he was. Meanwhile Bakul is taking care of her needs - from her midnight cravings to arranging for a car for her sonography. Not able to take it any longer, Pappu hires a goon to kill his wife. While the goon tries various tricks, but fails every time, Pappu's doctor comes to him and informs that there was an error in his report. Pappu is perfectly fit and fully capable of fathering a child. Elated at the realization that his wife is indeed bearing his own child, Pappu now has to stop the goon from killing her. Will Pappu be able to save his wife?