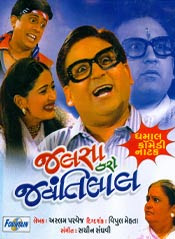 Jayantilal is an estate agent. Obviously, with sweet tongue he can easily win over somebody with what he speaks. The only purpose of his life is ‘money’ is everything. To earn money he can deceive anybody. Emotions, love, relationship, feelings these words do not exist in his dictionary. However, he adores his grandma, who has raised him. Grandma wants Jayantilal to get married and settle down in life, but he wants to earn lot of money. Everything was fine until Jayantilal meets Preeti and falls in love with her. The only catch is Preeti falls in love with a hooligan Bakul. Confusion prevails until the end when story reaches its crescendo. To know what happens watch this hilarious play.