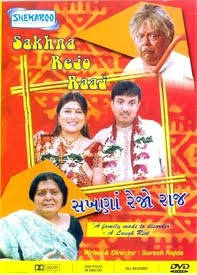 He is the only and sole member of the family. He is rich and an industrialist. He falls in love with a girl from an orphanage who wants to marry into a family full of in laws. His uncle comes up with a brainwave. He will arrange for a ‘family’, and the marriage will go through. But the uncle has not bargained for the messes and mix ups that follow, a series of blunders and bloopers that almost stop the marriage.