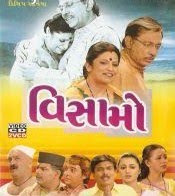 A play tells of a family where the parents sacrifice everything to nurture their two sons only to be left cared for when they grow old.Visamo is a thought provoking Gujarati play, highlighting the vulnerability and problems faced by senior citizens in their old age. Dinanath and his wife Rama hope to spend the remaining years of their lives with their sons, Neil and Nayan. When they express the wish, Neil and Nayan refuse. The two sons instead decide to separate their parents. Rama will stay with Neil and Dinanath with Nayan, they suggest. Will the old couple agree to the plan? Watch the play Visamo to track the changes in Dinanath and Rama's life.