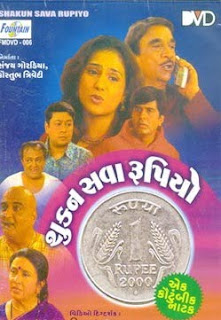 Repeated attempts by Rachna, Manuskh’s daughter to stall her marriage to Suketu fail. She gets married to him but a day breaks her marriage to Suketu. Rachna does not reveal the reason in spite of repeated pleas by Mansukh, Meeta, and her brother Rahul. Shantilal, Suketu’s father is furious and he suspects Rachna of betraying his trust. Therefore, Rachna asks Suketu to reveal the reason for the break-up. Before he is forced to reveal anything, Suketu commits suicide. Visit Rajshri.com and watch the Gujarati play Shakun Sawa Rupiyo to know the hidden secrets behind Rachna's break-up and Suketu's death.