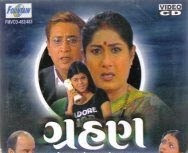 Suketu Mehta is a renowned criminal lawyer, who has not lost a single case in his career spanning three decades. In his current assignment, he is fighting the case of Bharat Modi, a filthy rich businessman who was murdered by his employee Alka, after he raped her. Alka's brother and Suketu's ex-student, Rohit Ganatra is defending his sister against the murder charge. Catastrophe befalls Mehta family when Abha, daughter of Suketu, is raped. A rift develops between Suketu and his wife Sandhya. While Suketu is hell bent on seizing the culprits, Sandhya, wants to let bygones be bygones and save Abha. Suketu loses Bharat Modi case.

While arguing in the court, Suketu saw the plight and pain of his own daughter in Alka's eyes. Overwhelmed by the thought, his arguments lost their edge and he lost the case. Further shock awaits Mehta family, when Abha contracts AIDS. Suketu is devastated by the news. Unable to see his daughter dying a slow death, he decides to seek legal permission for mercy killing. Will Mehta manage to get some respite for Abha?