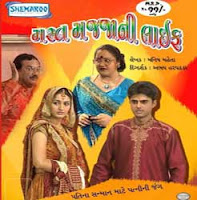 Naramdas’s control of his business empire, ended the day he married Rajeshwari, on his first wife’s death at childbirth. All that Naramdas wanted was that Rajeshwari be the mother to his newborn son. All that Rajeshwari wanted was Naramdas’ immense wealth and his business empire. The only hitch was Vijay, Naramdas’s son was the sole heir to the fortune. Rajeshwari manipulates Vijay to such an extent, that her word is his command. And Vijay does her bidding without hesitation. Fine. But when Vijay marries Radhika, a simple, but educated village girl, thing start to heat up. Radhika realizes that Rajeshwari true objective is Naramdas’ wealth.