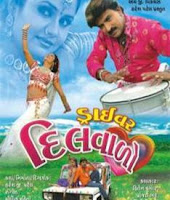 Driver Dilvado released in 2001 is the story Ram played by Hiten Kumar who is a driver by profession. He believes in living a simple but happy life and is always against oppression. He is hired to teach A rich spoilt brat Janki played by Pranjal Bhatt to drive a car. Janki initially hates Ram she insults him and causes lot of troubles in his life but Rams simplicity pays off and he wins over Jankis love. Jankis father opposes her decision to marry a driver. Watch Driver Dilvado and know what happens in this epic tale.