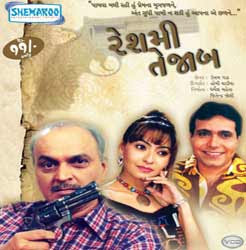 Theirs was a November – April marriage. Kaushik was fifty years old and his wife Monika was twenty eight. Their neighbour was a smart and young professional photographer. The attraction between Monika and the photographer grew and they decided to do away with the old man. But their plan seems to be known to someone else than themselves. Someone sinister, who dogs their every footstep, who seems to be bent upon foiling their plans to kill the old man. A play of excruciating suspense.