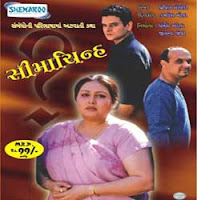 A widowed mother with two son Jitu & Aanad. For some reason the younger brother gets married earlier than the elder brother. The widow is now worried about her younger son. His behaviour is different now. Once, while arguing out of some misunderstanding Anand comes to know that Jitu is not his real brother. That is not the only shock. One after the other, secrets long buried and forgotten, spring up, shaking the family to its very foundations.


Buy VCD of Simachinha (India Only):