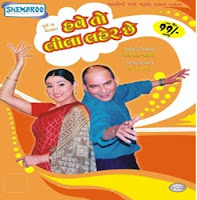 Have To Lila Laher Chhe

A bird builds a beautiful nest for its young ones, takes care of them, feeds them and teaches them how to fly even though he knows that once they learn the technique of flying, they will leave him alone. Such is the story of Shantilal who has worked very hard for his children. He decides to distribute his lifetime earnings among his two sons Ashwin and Sachin. But after he gives away the wealth the children consider their father a burden on them. Will the children realise the sacrifices their father has made for them. Watch this play to know more.


Buy VCD of Have To Lila Laher Chhe (India Only):