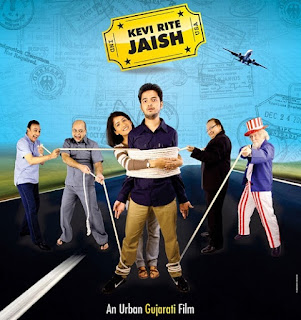 Kevi Rite Jaish is a satire on the fascination, nay, obsession of the Patels - a Gujarati farmer community – of migrating to the USA. Over the last half a century millions of Patels have migrated to the USA and have come to dominate its Motel industry by dint of hard-work and persistence. The story revolves around one of such Patel family and its uncounted tries to immigrate to States. The film boasts an image of urban contemporary Gujarati film which connects with story of every Gujarat household.