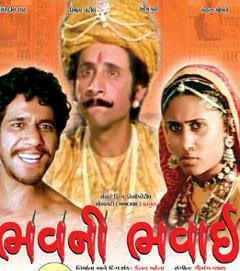 In a drought-stricken city in India, the emperor Maharaja Dhiraj Chandrasen, who has two wives, and no children, orders all kinds of rituals and sacrifices to appease the Rain Gods, including shaving off half his mustache, but to no avail. He is then told that his second wife has given birth to a baby boy, and he announces all kinds of festivities to mark this occasion, only to be told by the Palace Astrologer that the child's birth is going to result in his death. Dhiraj quickly orders the child to be killed. The child is not killed but enclosed in a wooden box and tossed in a river. Subsequently, the child is rescued by a childless couple belonging to the untouchables' community. And it is here that young Jeevla grows up. Years later Dhiraj has grown old, and is still childless. His palace officials find out about Jeevla, and conspire with each other to kill him, so they ask Dhiraj to make a sacrifice of a person who possesses many virtues.