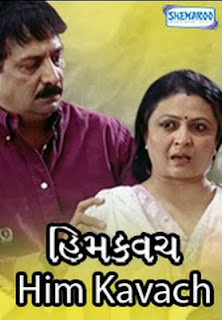 Sanjay Doesnt realize that there is no shortcut to success he keeps trying to make it rich overnight by buying lottery tickets. One day the newspaper lists the ticket bought by Sanjay as the winner of Rupees 50 lakh. The next day the same newspaper declares it as a mistake. Hearing the news Sanjay goes insane and leaves his wife and daughter for seven years. After returning to sanity again he returns to meet his wife Sujata and daughter Ritu to get another rude shock.

Buy VCD of Him Kavach (India Only)