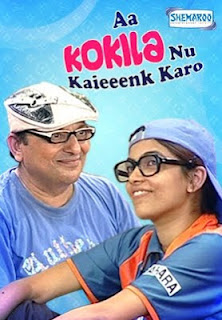 A simple man Bhalabhai has brought up his 3 children with lots of love and caring. But, is shattered and have lost faith and confidence due to failures….Praful the eldest has a shop and a nagging wife whose want for a child is driving him nuts. Jignesh the youngest with unlimited ideas which do not form…and the third one is Kokila a tomboy, the family's priority is to get her married and with the arrival of Tejas an NRI in the vicinity a new entrant in the locality. But, nothing works out….until the arrival of Vishwas things start changing…. He notices the sadness of this family and intervenes. His general optimism soon changes the lives of the entire family including Kokila… Tejas falls head over heels for her and tries various stunts to impress her. But, she has grown a liking for Vishwas…Ultimately who would Kolila choose as her life partner? Watch this wonderful comedy Drama.