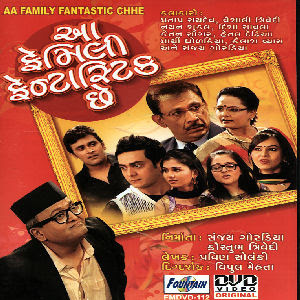 
Synopsis:
Pradeep Jagirdar is rich, respected and happily married to his second wife, Sarla.
Manoj Jagirdar the eldest son who works in the family business is married to Jagriti. Jagriti has a passion for speaking English, but ends up speaking hilariously wrong English. Drishti, the only daughter is cock eyed and wears thick glasses. Rahul the youngest son is a pampered child, which makes him arrogant, impatient, carefree and rude.

But then one day the family is in a crisis. It's an emotional crisis. Will Rahul change and undertstand? Is this going to be a 'fantastic' family against all odds?