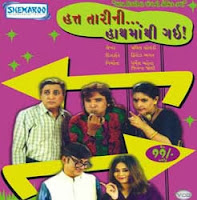 This is a play about Builder Sumant rai who lives with his wife Maheshwari and daughter Esha. Sumant Rai and Maheshwari are worried about their daughter's marriage. Esha gives a surprise to her father by bringing her lover Ketan Vachhrajani the son of a wealthy businessman Pranav Vachhrajani.

Sumant Rai rejects Ketan. Maheshwari accepts Ketan as his son in law. But Anuradha Vachhrajani, Ketan's mother rejects Esha on the grounds of status. Pranav Vachhrajani is ready for the marriage of his son and Esha. How will this confusion end? Will Esha be able to convince her father for her marriage? Watch this hilarious play to know more.