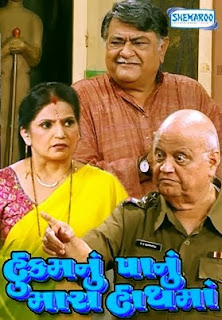 Alok Kothari owner of the Media Classic ad agency is attracted to the top model of her company Reshma. Reshma is found mysteriously dead in her own house. A police investigation lead by Inspector Bhaisani begins Inspector Joshi and Inspector Man Singh Parmar follows. Alok Kothari his wife Madhvi and his sister - in - law Neha are considered the prime suspects. But is Reshma actually dead? Who has killed her? The mystery will keep you at the edge of your seat. Watch this wonderful play Hukum Nu Panu Mara Hath Ma.