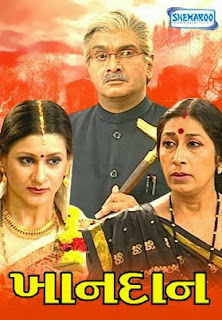 
Synopsis:
Though Seth Prataprai (Siddharth Randeria) has lost most of his wealth he takes pride in the fact that he is the son of Seth Tulsi Das who was once a rich mill owner. His father's prosperous textile business has now shut down. Prataprai still lives on a lifestyle of a super rich person. His lavish expenses are financed by the IOU's he wrote out generously. The situation is such that he has kept his bungalow on mortgage. Prataprai has got a strict set of guidelines for his family that are based on his age old mentality. His son Mayank is in a relationship with a girl called Kusum who belongs to a lower middle class family. Prataprai opposes this relationship as he feels there is a wide difference in status. Mayank defies his father and marries that Kusum. Mister Prataprai's house now becomes an epic battleground which will have the confrontation of this daughter in law with the so called 'Rich' father in law. Watch this wonderful play where Gujarati superstar wonderfully Siddharth Randeria portrays a serious role.