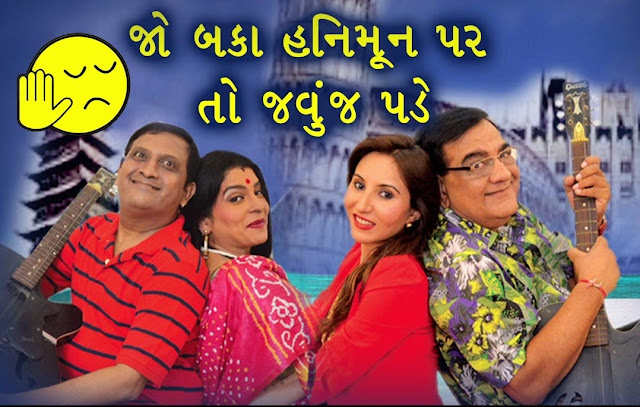 Jo Baka Honeymoon Par Toh Javuj Pade is a comedy Gujarati Natak. Baka and Leela were married in their childhood only and they never met each other because after that Baka and his family moved to Mumbai and Leela stayed back with her parents in Mehsana. At 37 years, Baka goes to Mehsana after listening to his office friend Dhirubhai and brings his wife Leela in his life. After marriage, he finds Leela to be rustic and unsophisticated.

Baka has always dreamt of a beautiful, fashionable wife but whens he sees Leela at their first night he is very disappointed and his all dreams have shattered as he finds Leela very plain and uncultured. Baka wants to get rid of his wife by sending her back to Mehsana . Thus, he makes a plan by involving his office colleagues which fails drastically.

Before he takes any stern action, his wife gives him shock of his life. To know what happens next, watch this hilarious play.