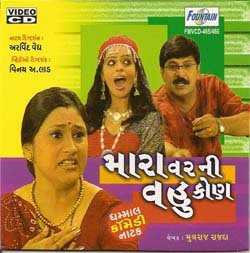 Anandbhai's brother Rakesh gets married to Shilpa, after 5 years of his first wife Anjana's death, in a plane crash. But, Anjana returns back home on the day, when Rakesh is getting married. The real drama begins when a khalifa sends a Belly Dancer as a gift to Anandbhai as he had saved his life in a military war some years ago, but is gifted to Rakesh by mistake. Now Rakesh is in trouble with three wives. On the other hand, Anandbhai's sister Priti, is believed to be pregnant before marriage through her boyfriend and they want to get married in a quick ceremony. And the drama continues with a lot of adult comedy scenes in the play.