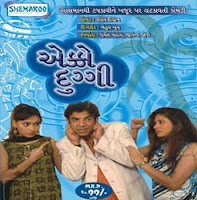 Ekko Duggi is the story of Jaideep Thakar who loses his wife Meera in the sea due to a cyclone. After waiting for 5 long years Jaideep decides to re marry a beautiful woman. But nature has some other plans Meera has survived the catastrophe and returns to Jaideeps life leaving Jaideep in a Dilemma.