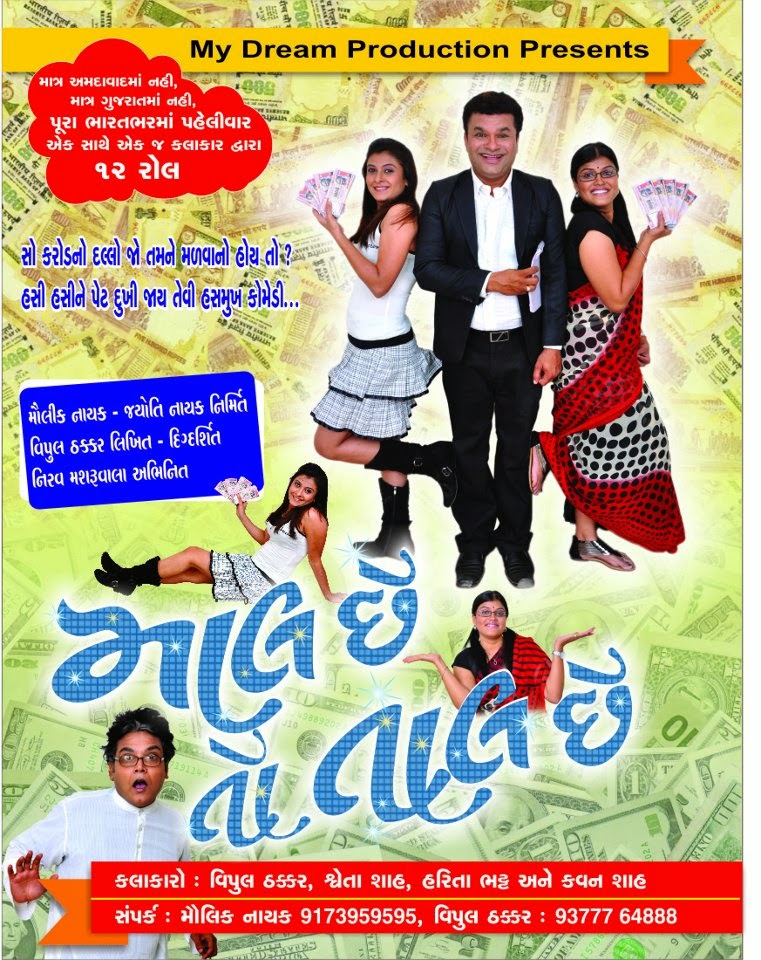 Synopsis: This is a story about a businessmen, who dies leaving the property of 100 crores. The story seems common and many drama have already been performed on the stage. But you would have never seen a single person performing 12 different roles in the same drama.

Nirav mushruwala has break all the records by playing 12 roles in the single drama – as a old women, small kid, underworld don, beautiful actress, ramdev baba, drunker, blind, bad boy and few more roles. It becomes very difficult to play several roles when it comes to act. This is a very comedy drama and Nirav is going to get his name in Limca Book of Records for playing 12 roles in a drama – which is not only in India, but its a world rcord breaking drama.

Watch this fun filled roller coaster ride to get full entertainment and get away from all your worries.