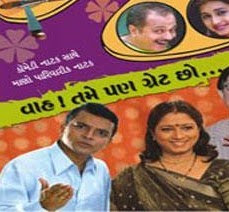 Saguna Devi rules a women activist rules her house with an iron fist. She has made certain rules for her son Chandu daughter Nisha and even her husband which have to be followed. Mr Koover her husband is fed up of Sagunas constant nagging. Meanwhile their daughter Nisha plans to get married to a notorious gangster Rahul. Saguna thinks that the gangster is very rich and agrees for the marriage. But after their marriage Rahul decides to live at Saguna Devis house instead of taking Nisha with him. Now what will happen to the undisputed rule of Saguna Devi. Watch this wonderful comedy.