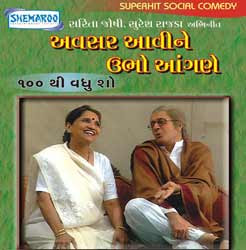 Synopsis: They are in the twilight of their lives, Kunjkishore and his wife Snehprabha. They have been married for 50 years and their affection and love for each other has not dimmed. They live alone, their children, two sons and a daughter having left them to lead their own lives. Wanting to surprise her husband on his seventy fifth birthday Snehprabha, surreptitiously invites the three children. She is overjoyed when they come. It is full house. But old wounds which time and absence have not healed, re-open. The celebrations are tinged with pain and regret.A Superhit SOCIAL DRAMA. Having done more than 100 SHOWS.