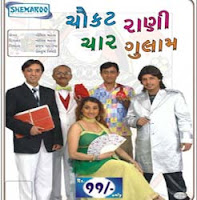 Circumstances may force you to give up your first love. But the memories linger, throughout your life. Dhabkara Ni Dhingamasti is the story of one such love. Priyanka could not marry Akash, her lover. She had to marry Prof. Devdutt and had a son by that marriage. Eighteen year later when her son fell in love, Priyanka plays the game of love once again. She wants her son to succeed in love. And she will see that..