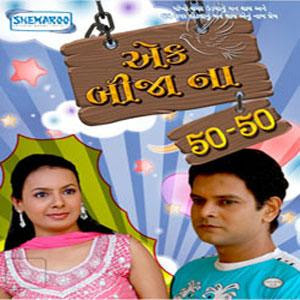 The play is a youthful, fun-filled and humorous love story. It revolves around the lives and times of London returned Ram (played by Amit Mistry) and Shalaka (played by Shruti Gholap), Jawahar (played by Rajendra Chawla) and of twin brothers (double role played by Jagesh Mukati). The narrative of the play is aided by the technique of ventriloquism; the first time on the Gujarati stage. The narrative of the play is all about how the girl meets boy and how a series of circumstances change their lives and minds and their world. Well-educated and also talented Shalaka severely lacks confidence due to an infantile omnipotence disease. She became a victim of this psychological disorder at the age of four, after a plane crash in which she has lost her parents.Since then, the images of the accident have never left her mind and she has developed a guilt feeling that it was she who was responsible for her parents' death. Her grandfather Jawahar, along with his best friend Dr. Bakul Dhanki have taken care of the girl?s well-being and her upbringing. But together they have failed to change Shalaka's mindset. Dr. Bakul knows that now when Shalaka is 24, she needs a true friend of her age, who would not only help her think positively but also look after her when he and Jawahar are not around.

That's the reason why they are continuously searching for a suitable boy for their darling granddaughter. But all their efforts have failed miserably. For who would love to befriend a girl who miserably lacks confidence and is made a laughing stock by one and all and has no charm and charisma to speak of? Just when Jawahar and Bakul have started losing hope, Ram joins Shalaka's office. He has come from London to India with the mission of settling down so that he can bring his aging parents to their motherland. Ram is extremely confident, charming and his energy is boundless. When Jawahar and Bakul come to know about Ram, they scan his background. When they realize that he is not only modern but also cultured, they request him to befriend Shalaka and infuse the much-needed confidence in her. Reluctantly, Ram says he will try. But little does he know what life has in store for him and for Shalaka.