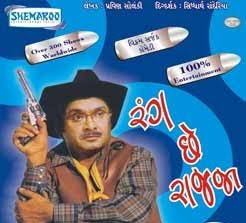 
Synopsis:
Amar Desai, a bank employee, a simpleton, a man who was run around by one and everyone. One day a desperado breaks into his house one night and threatens to kill Amar’s mother if he would not help in robbing the bank. Amar was desolate. He loved his mother very much. Once at work Amar collapsed. The diagnosis revealed that he was suffering from blood cancer, and he had only six months to live. Now Amar was not afraid to live, and neither was he afraid to die. Amar’s attempts to defy death again and again, provide non stop humour in this fast paced play.