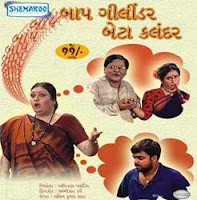 Synopsis: Upendra and Kanti, next door neighbors, are always on the look out to put down the other. Jealousy, apart, they shared one interest in common. They both had their roving eyes on their maid servant. When Upendra's children are watching an X rated film one day Kanti joins in. When, Upendra finds out all hell breaks loose. Ironically Upendra's family is picked out to be 'ideal family' by the local municipal councilor. Not that is not something Kanti is going to take lying down. He tries his best to see that Upendra's family does not get the award. But what happens next? Watch this hilarious play.