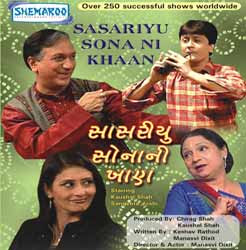 Dilipkumar and Jyotibala, a cultured, middle class couple. Their only child, their son, Amar loves Sonu. Dilipkumar is against their marriage, as he does not like Sonu's mother's behaviour. But he reluctantly gives in when Amar and Jyotibala persistently cajole him. After marriage, Sonu constantly taunts Jyotibala and Amar. She goes to the extent of slapping her mother in law. This unspeakable act forces the family to talk about leading their lives separately. Dilipkumar persuades them to stay together. But Sony seems hell bent on creating trouble. Nothing seems to satisfy her. Suddenly Sonu's kidneys fail. Only a transplant can save her life.