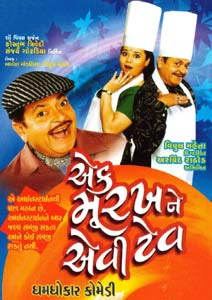 Jeevan Jeevani is a cynic suffering from obsessive compulsive disorder. He is a cleanliness freak who carries his own cutlery and crockery to the restaurants when he eats out. Jeevan's nephew is trying his best to find a cook for the house, but the eccentric uncle has rejected more than 100 candidates! In comes Lajo Ben, a widow and an amazing cook. She has great sense of humour and an ability to laugh at all of life's difficulties. In dire need of money, Lajo signs a deal with Jeevan's nephew and enters their household as a cook. Lajo easily manages to overcome the difficulties created by Jeevan's cynical demands. In the process, Jeevan falls in love with her. But it isn't going to be such a smooth sail for Jeevan; he now needs to clear the ultimate test posed by Lajo. Watch this madcap comedy to find out what becomes of Jeevan in the end.