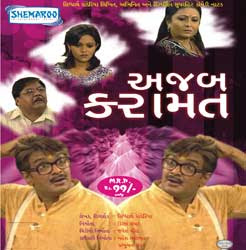 Often times a man tends to think that he alone is the supreme mover and manipulator. His belief in himself and his intelligence is unassailable. One such man was Pramod. Along with Kamini he set into motion a game of which only he knew the moves and their consequences. But unknown to him there is another puppet master who is pulling strings, and Pramod’s game is no longer his own. He does not know the moves any more nor does he know how it will end. He himself is caught up like a puppet.