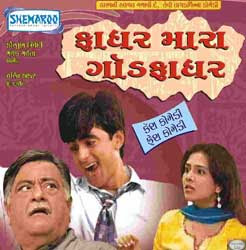 A millionaire father, who has come up in life, buying and selling scrap and is a regular skinflint. A wastrel of a son who wants to produce and star in a film which he wants his father to finance. When the father refuses, the son tries to propose selling the house, furniture, etc. to raise the money. The father keeps reminding his son that everything is his. The house, the furniture bought as scrap, and whatever else he has. When the father jokingly says, “The only thing you can call as your own is myself”. The son takes up his father's offer, places ads in the local newspapers and approaches a mafia don with unintended but hilarious consequences. A laugh riot all the way.