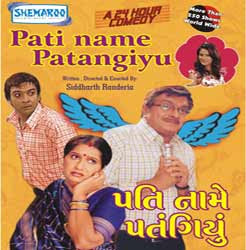 The moment Jagdish Jariwala set his eyes on his new neighbor, Priya, his world was not what it used to be. He was obsessed with her. All he wanted was to spend one whole day, twenty four eventful hours with her. Unable to sleep, imagining all the time, living in a dream world, driven to desperation, he sought relief in prayer. And lo' behold his prayers were answered. His wish would be granted! But what about Priya's husband? What about Priya herself? And what will happen to Jagdish Jariwala, once the twenty four hours had passed..watch this comedy play. A side splitting comedy.