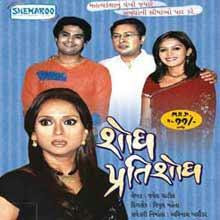 Millionnaire Nandini marries a struggling writer Shekhar Kumar against the wishes of her father. Their father in law puts a condition on Shekhar that he has to live in their bungalow with Nandini after marriage as he belongs to a poor background. Shekhar agrees to that but the rich and poor divide cause the unevitable rift between Shekhar and Nandini. Years later Nandini's daughter Priya decides to marry Rahul Mehta. Nandini puts the same condition on Rahul that he has to live with Priya in their bungalow. Rahul too agrees but he has a hidden motive behind it. What is Rahul's intention of living with is in laws? Watch this star studded gujarati play.