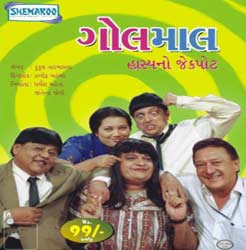 Pritam invites his boss on dinner with intention to get increment in salary. He asked his wife Lila to behave in such a way that it passes a message that they have a happy marriage life. But fight take place between them and Lila left the house. Just a minute before arrival of boss, Pritam's close friend came to his house with his model friend and some how Pritam convinces the model to play the role of his wife. Everything was going right until the actual wife comeback exactly in the presence of boss. Be a part of this Non stop comedy.