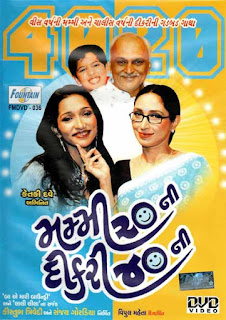 The plays theme concerns the generation gap between mother and daughter. Professor Jyoti (Ketki Dave) and her teenage daughter Jwala (Riddhi Dave) have one thing in common – they don’t relate to each other and do not see eye to eye on any issue. Jyoti for instance does not like her daughter?s boyfriend while Jwala does not appreciate a close family acquaintance and a well-wisher called Bakul coming to their house. Jyoti has lost her husband whose picture frame hangs in the living-room of the house. Later she is encouraged by her father-in-law (Utkarsh Majumdar) to marry a colleague of hers who is an Economics Professor (Dilip Rawal). After one particular explosive moment between Jyoti and Jwala, a little mystic mayhem caused by Jyoti?s late husband changes their lives. They wake up to find that their souls have been swapped! Jyoti finds herself like Jwala and vice-versa.