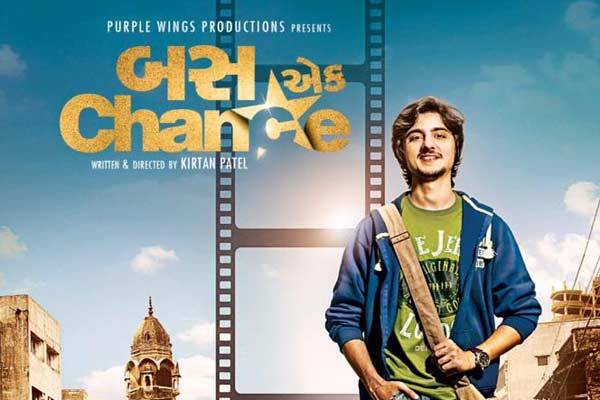 Synopsis: Bas Ek Chance is a 2015 Gujarati movie directed by Kirtan Patel and produced by Saurabh Patel. The movie superstars Aditya Kapadia as well as Bhakti Kubavat in the lead roles. Other people includes well-known actor Rajeev Mehta, Falguni Dave, Mushtaq Khan, Alpesh Dhakan, Mitra Gadhvi. The movie is all about a young artist who is actually looking his level wise to get in the movie industry, along with the artist a youngster is awaiting the appropriate break at the best time that should absolutely change his life. The movie is related to his journey and also just how amongst discovering the right chance he finds himself. The movie was released on 25 September 2015 in India. The shooting of the film started in 2015. It took place in parts of Vadodara including famous cross-roads Kala Ghoda, Genda Circle, and Chakli circle to name a few. The director has done wonderful job to picturise the beauty of Vadodara city.