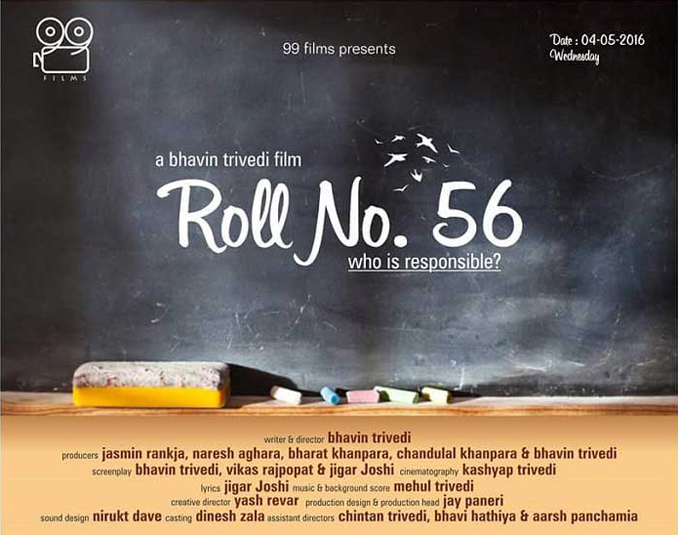 Tagline of this Upcoming Urban Gujarati film Roll No 56’s is ‘who is responsible?’ which shows that the movie story may be having some dark side or some emotional story base. The star cast of Roll No 56 is not declared yet but the crew details is completely available.