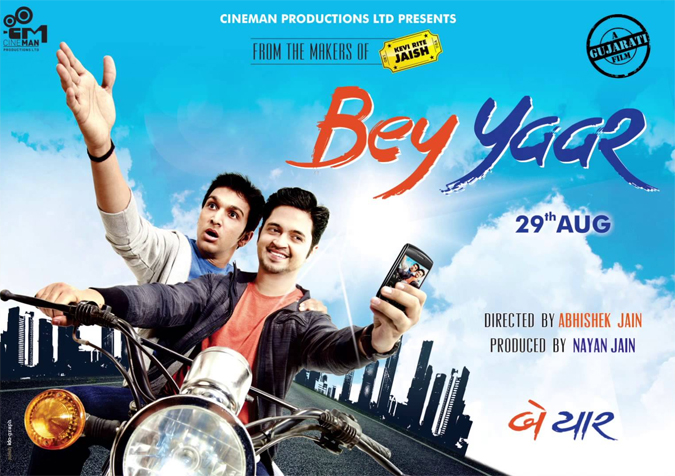 Synopsis: Bey Yaar is an urban gujarati film directed by Abhishek Jain. The film is about friendship and two friends. The film stars Manoj Joshi, Darshan Jariwala, Divyang Thakkar, Pratik Gandhi, Amit Mistry, Samvedna Suwalka. The film was released on 29 August 2014 to positive reviews and box-office success as it completed 50 weeks in theatres. The film was screened at New York Indian Film Festival, the first ever Gujarati film to do so. The film was shot in Ahmedabad, specifically at 50 different locations in 35 days. The film was nominated for 14 out of 16 categories and won total 9 awards, including the best film in 14th Annual Transmedia Gujarati Screen & Stage awards.
Directed by: Abhishek Jain